Convergence of HPC and Cloud will not stop at the infrastructure level. How can applications and users take the greatest advantage from cloud-native technologies to deliver on HPC-native requirements? How can we separate true progress from a blind love of the shiny?

The last decade has continued the rapid movement toward the consolidation of hardware platforms around common processor architectures and the adoption of Linux as the defacto base operating system, leading to the emergence of large scale clusters applied to the HPC market. Then came the adoption of elastic computing concepts around AWS, OpenStack, and Google Cloud. While these elastic computing frameworks have been focused on the ability to provide on-demand computing capabilities, they have also introduced the powerful notion of self-service software deployments. The ability to pull from any number of sources (most commonly open source projects) for content to stitch together powerful software ecosystems has become the norm for those leveraging these cloud infrastructures.

The quest for ultimate performance has come at a significant price for HPC application developers over the years. Tapping into the full performance of an HPC platform typically involves integration with the vendor’s low-level “special sauce”, which entails vendor lock-in. For example, developing and running an application on an IBM Blue Gene system is significantly different than HP Enterprise or a Cray machine. Even in cases where the processor and even the high-speed interconnects are the same, the operating runtime, storage infrastructure, programming environment, and batch infrastructure are likely to be different in key respects. This means that running the same simulations on machines from different vendors within or across data centers requires significant customization effort. Further, the customer is at the mercy of the system vendor for software updates to the base operating systems on the nodes or programming environment libraries, which in many cases significantly inhibits a customer’s ability to take advantage of the latest updates to common utilities or even entire open source component ecosystems.

For these and other reasons reasons, HPC customers are now clamoring for the ability to run their own ‘user defined’ software stacks using familiar containerized software constructs.

The Case for Containers

Containers hold great promise for enabling the delivery of user-defined software stacks. We have covered the state of HPC containers in a previous post.

Cloud computing users are given the freedom to leverage a variety of pre-packaged images or even build their own images and deploy them into their provisioned compute spaces to address their specific needs. Container infrastructures have taken this a step further by leveraging the namespace isolation capabilities of contemporary Linux kernels to provide light-weight, efficient, and secure packaging and runtime environment in which to execute sophisticated applications. Container images are immutable and self-sufficient, which make them very portable and for the most part immune to the OS distribution on which they are deployed.

Kubernetes - Once More Unto the Breach...

Over recent years, containerization (outside of HPC) has consolidated around two main technologies, Docker and Kubernetes. Docker provides a core infrastructure for the construction and maintenance of software stacks, while Kubernetes provides a robust container orchestrator that manages the coordination and distribution of containerized applications within a distributed environment.

Kubernetes has risen to the top in the challenge to provide orchestration and management for containerized software components due to its rich ecosystem and scaling properties. Kubernetes has shown to be quite successful for cloud-native workloads, high-throughput computing and data analytics workflows. But what about conventional HPC workloads? As we will discuss below, there are some significant challenges to the full integration of Kubernetes with the conventional HPC problem space but is there a path to convergence?

A Bit of History

To understand the challenges facing the full adoption of open container ecosystems for HPC, it is helpful to present some of the unique needs of this problem space. We’ve provided a survey of the current state of containers in HPC in a previous blog post.

Conventionally, HPC workloads have been made up of a set of purpose-driven applications designed to solve specific scientific simulations. These simulations can consist of a series of small footprint short-lived ‘experiments’, whose results are aggregated to obtain a particular target result; or large-scale, data-parallel applications that can execute across many thousands of nodes within the system. These two types of applications are commonly referred to as capability and capacity applications. 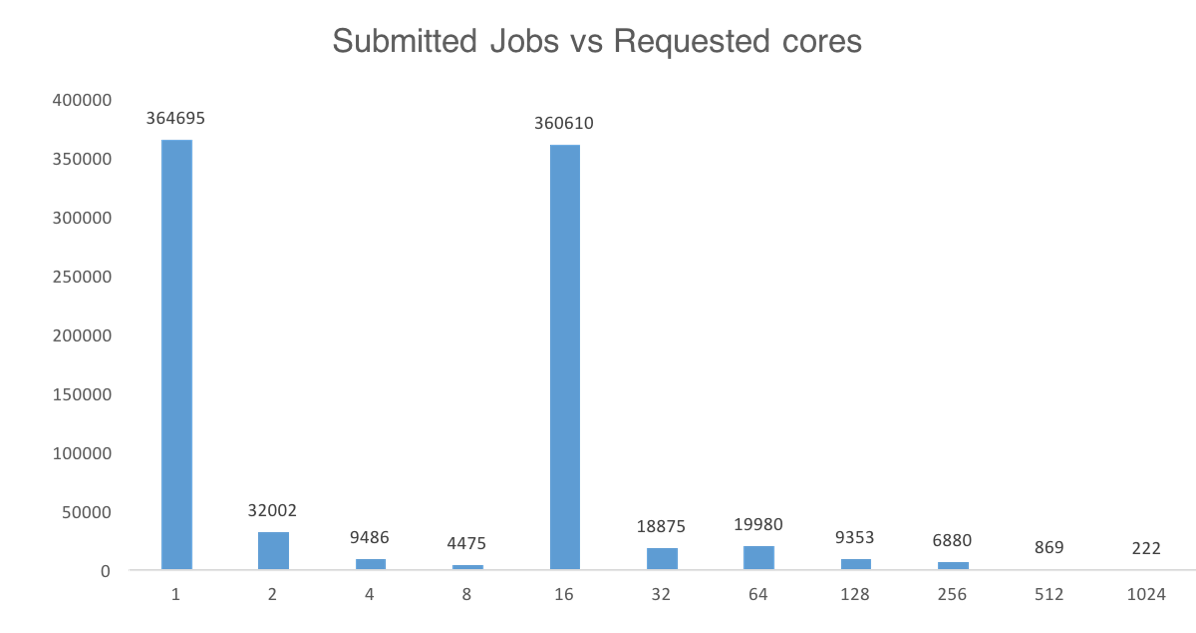 Data from an operational HPC cluster demonstrating that dominant usage of this resource is for sequential or single-node multi-threaded workloads. What is not shown here is that the large-scale parallel workloads have longer runtimes, resulting in a balanced mix of use cases for the infrastructure.

Capability computing refers to applications built to leverage the unique capabilities or attributes of an HPC system. This could be a special high performance network with exceptional bisection bandwidth to support large scale applications, nodes with large memory capacity or specialized computing capabilities of the system (e.g., GPUs) or simply the scale of the system that enables the execution of extreme-scale applications. Capacity computing, on the other hand, refers to the ability of a system to hold large numbers of simultaneous jobs, essentially providing extreme throughput of small and modest sized jobs from the user base.

There are several critical attributes that HPC system users and managers demand to support an effective infrastructure for these classes of jobs. A few of the most important include: 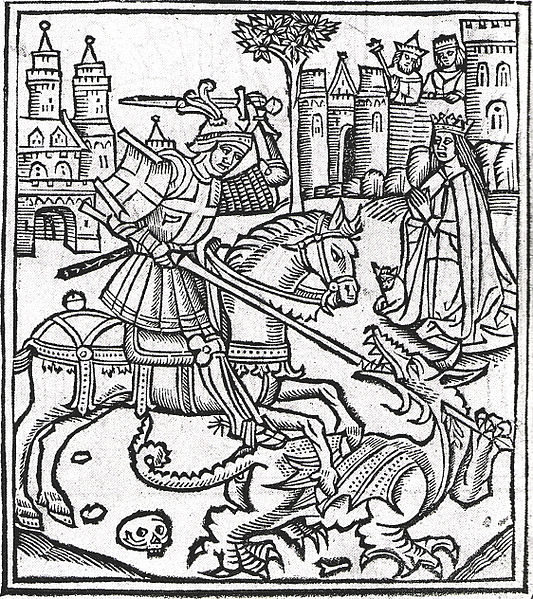 The Message Passing Interface (MPI) is the most common mechanism used by data-parallel applications to exchange information. There are many implementations of MPI, ranging from OpenMPI, which is a community effort, to vendor-specific MPI implementations, which integrate closely with vendor-supplied programming environments. One key building block on which all MPI implementations are built is the Process Management Interface (PMI). PMI provides the infrastructure for an MPI application to distribute the information about all of the other participants across an entire application.

PMI is a standardized interface which has gone through a few iterations each with improvements to support increased job scale with reduced overhead. The most recent version, PMIx is an attempt to develop a standardized process management library capable of supporting the exchange of connection details for applications deployed on exascale systems reaching upwards of 100K nodes and a million ranks. The goal of the project is to achieve this ambitious scaling without compromising the needs of more modest sized clusters. In this way, PMIx intends to support the full range of existing and anticipated HPC systems.

Early evaluation of launch performance in the wire-up phase of PMIx is quite illuminating as can be seen from this SuperComputing '17 presentation. This presentation shows the performance advantages in launch times as the number of on-node ranks increases by utilizing a native PMIx runtime TCP interchange to distribute wire-up information rather than using Slurm’s integrated RPC capability. The presentation then goes on to show how an additional two orders of magnitude improvement by leveraging native communication interfaces of the platform through the UCX communication stack. While this discussion isn’t intended to focus on the merits of one specific approach over another for launching and initializing a data parallel application, it does help to illustrate the sensitivity of these applications to the underlying distributed application support infrastructure. 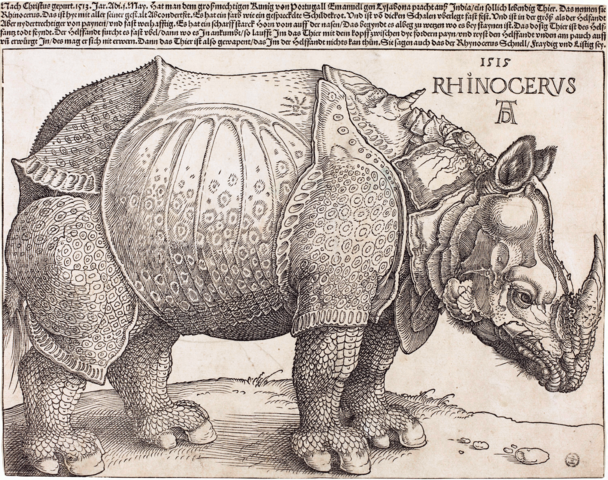 There are projects underway with the goal of integrating Kubernetes with MPI. One notable approach, kube-openmpi, uses Kubernetes to launch a cluster of containers capable of supporting the target application set. Once this Kubernetes namespace is created, it is possible to use kubectl to launch and mpiexec applications into the namespace and leverage the deployed OpenMPI environment. (kube-openmpi only supports OpenMPI, as the name suggests).

Another framework, Kubeflow, also supports execution of MPI tasks atop Kubernetes. Kubeflow’s focus is evidence that the driving force for MPI-Kubernetes integration will be large-scale machine learning. Kubeflow uses a secondary scheduler within Kubernetes, kube-batch to support the scheduling and uses OpenMPI and a companion ssh daemon for the launch of MPI-based jobs.

While approaches such as kube-openmpi and kubeflow provide the ability to launch MPI-based applications as Kubernetes jobs atop a containerized cluster, they essentially replicate existing *flat earth* models for data-parallel application launch within the context of an ephemeral container space. Such approaches do not fully leverage the flexibility of the elastic Kubernetes infrastructure, or support the critical requirements of large-scale HPC environments, as described above.

While these approaches are serviceable for single-purpose environments or environments with relatively static or purely ephemeral use cases, problems arise when considering a mixed environment where consumers wish to leverage conventional workload manager-based workflows in conjunction with a native container environment. In cases where such a mixed workload is desired, the problem becomes how to coordinate the submission of work between the batch scheduler (e.g., Slurm) and the container orchestrator (e.g., Kubernetes).

Another approach to this problem is to use a meta-scheduler that coordinates the work across the disparate domains. This approach has been developed and promoted by Univa through their Navops Command infrastructure. Navops is based on the former Sun Grid Engine, originally developed by Sun Microsystems, then acquired by Oracle, and eventually landing at Univa.

While Navops provides an effective approach to addressing these mixed use coordination issues, it is a proprietary approach and limits the ability to leverage common and open solutions across the problem space. Given the momentum of this space and the desire to leverage emerging technologies for user-defined software stacks without relinquishing the advances made in the scale supported by the predominant workload schedulers, it should be possible to develop cleanly integrated, open solutions which support the set of existing and emerging use cases. 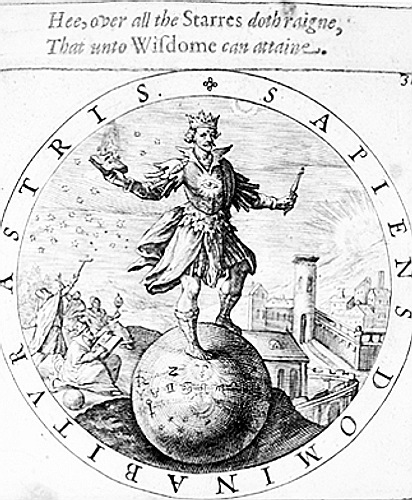 So what will it take to truly develop and integrate a fully open, scalable, and flexible HPC stack that can leverage the wealth of capabilities provided by an elastic infrastructure? The following presents items on our short list: