This week at Supercomputing 2016 there has been a good deal of activity around OpenStack. Working Group co-chair Blair Bethwaite put together a pick of the schedule's OpenStack highlights, and used the event to launch the book edition of Stig's OpenStack/HPC studies, featuring user stories and case studies from many prominent WG members. 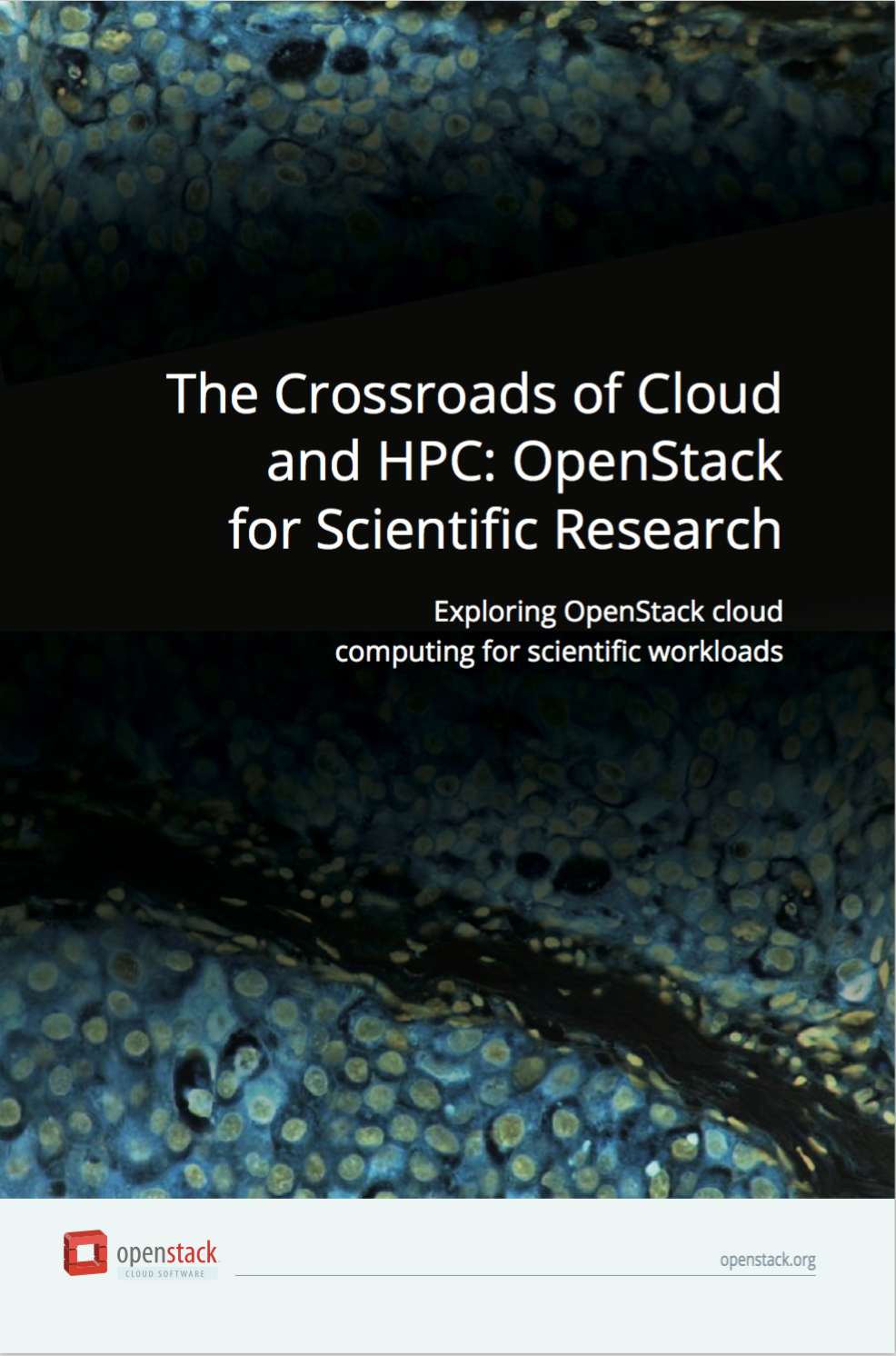 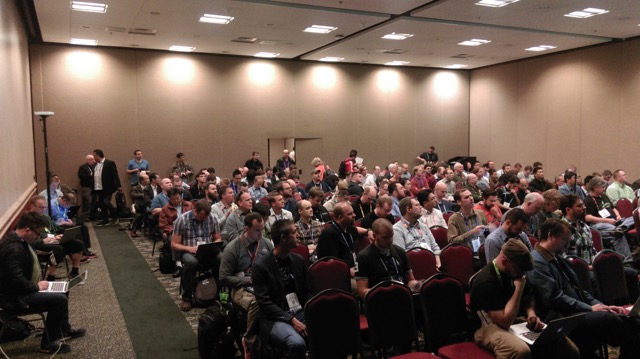 One interesting observation came from a show of hands on who in the room was already using OpenStack - it turned out to be no more than a significant minority. OpenStack already feels like it has arrived with a bang in HPC, but there's substantially more interest out there, and the clear implication is that even greater things are yet to come.

Earlier in the day, the Indiana University booth hosted a series of lightning talks, including from Stig and several Scientific WG members. Blair Bethwaite gave an excellent and informative talk on the recent studies he has done at Monash University on the overhead of virtualisation. 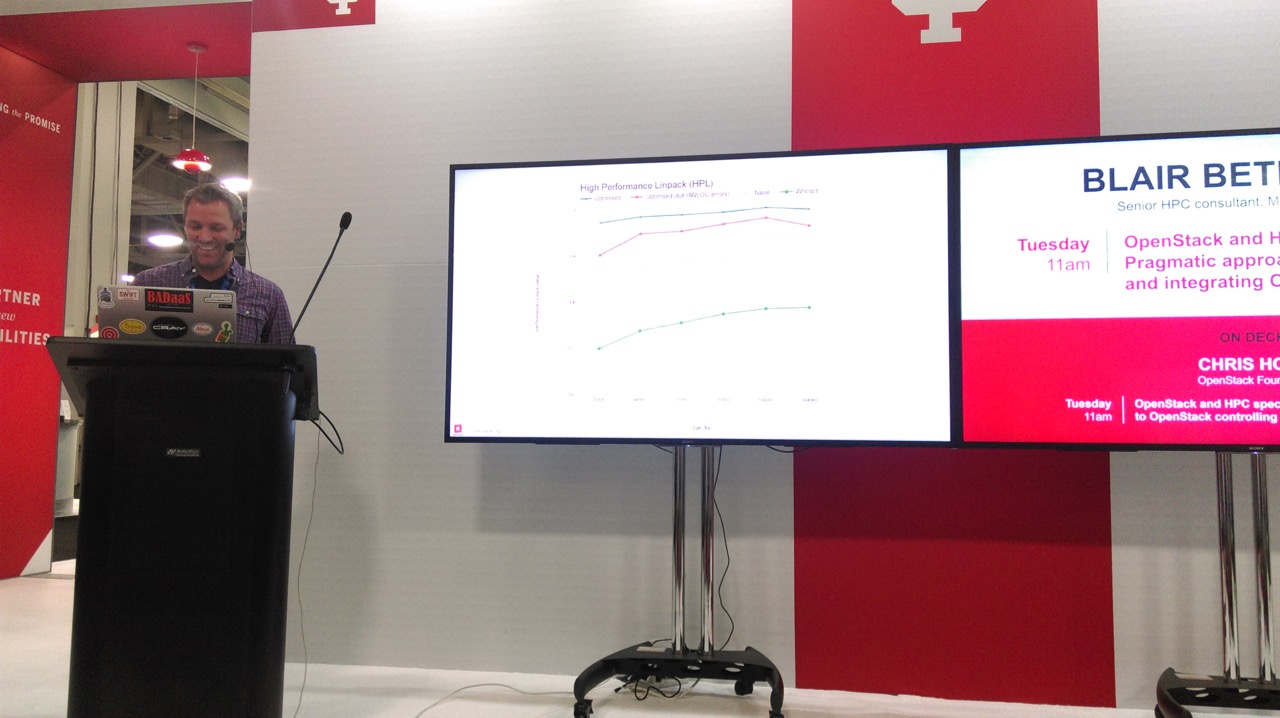 OpenStack's presence at the SC2016 conference was wrapped up with a panel session featuring a great set of luminaries from the melting pot of OpenStack and research computing:

Stig took the chair as moderator. With such a great panel it's no surprise that many interesting points came up from the discussion, including OpenStack's true capabilities for HPC, and the level of investment in (but the ultimate value of) self-supported OpenStack. There were also some insightful comments on a wishlist for future OpenStack development.

Finally, we ended the conference with a WG dinner out, confirming the trend that when it comes to socials, the Scientific WG is the team to beat!